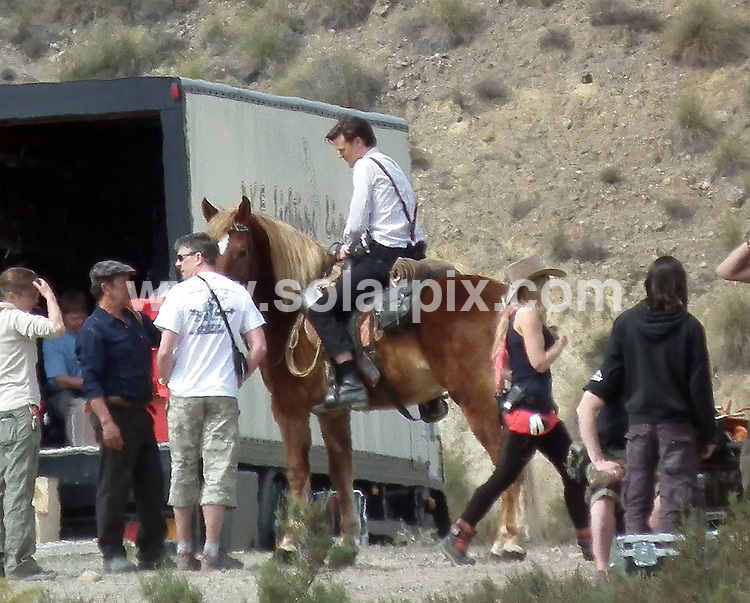 **ALL ROUND PICTURES FROM SOLARPIX.COM** **WORLDWIDE SYNDICATION RIGHTS** Caption: Dr Who Matt Smith & Karen Gillan who plays his companion Amy Pond .Adrian Scarborough who plays the butler from Upstairs downstairs has also joined the cast who travelled to the southern Spanish town of Almeria to shoot scenes for the new series of Doctor Who called "Gun Slingers" The sets
famous desert lots, which were home to spaghetti westerns The Magnificent Seven and A Fistful Of Dollars.The episode will feature a half-human half-robot Terminator-style beast which patrols a Victorian-era western town. This pic: Matt Smith on horse back JOB REF: 14542 RAP DATE: 08.03.2012 **MUST CREDIT SOLARPIX.COM OR DOUBLE FEE WILL BE CHARGED** **MUST AGREE FEE BEFORE ONLINE USAGE** **CALL US ON: +34 952 811 768 or LOW RATE FROM UK 0844 617 7637**
SOLARPIX.COM